For starters, Flutter is an open-source cross-platform framework that can be used to build near-native (native-looking) Android and iOS applications from the same code base. It is considered to be the most effective cross-platform framework used widely. Ever since its Inception in 2015 and officially released by Google in December 2018, Flutter has been growing from strength to strength.

In this blog, we talk about 6 Reasons Why it can be your Frontend of Choice:

Flutter overcomes the traditional limitations of cross-platform approaches. The most cross-platform framework facilitates sharing of codebase between the target platforms. However, Flutter is platform-independent, as it has its own widgets and designs. This allows UI & Business logic to be shared across the platform thus maintaining consistency and saving time and resources throughout the development process.

Flutter’s “hot reload” A.K.A “Stateful Hot Reload” and “Hot Restart” features allow developers to see the state changes within a second and app structure changes within 10 seconds. This eliminates the need to run another build as the modifications can be seen and tested as soon as the app is saved. For e.g., for android development, this reduces the 30% – 40% of their time, thus increasing productivity.

Flutter provides high and near-native performance as the Dart codes are directly compiled into native codes, which eliminates any performance bugs of the interpretation process. Also, Flutter has a library of its own widgets and doesn’t access the OEM widgets, resulting in less communication between the app and the platform.

4. Superior Designs – Out of the Box

Flutter allows developers to create a powerful UI experience by default as all the Widgets and UI controls are implemented using Material Design and Human Interface Design for Android and iOS respectively, thus providing a crisp, smooth, and native experience to the end-users.

Unlike most cross-platform frameworks where separate language is used for UI Views and Business Logic, Flutter uses Draft for both. Dart was built with the developer’s ease in mind, with popular features from other languages and retaining familiarity of Java or similar OOPS languages, thus making the learning curve easier.

Flutter is an open-source framework supported by a great team from Google and an active community. Many 3rd party libraries and packages have been published by the community that helps developers to quickly implement an array of functionalities and UI Elements.

Backed by Google, Flutter is here to stay and many international organizations such as eBay, Grab, NuBank have already migrated their core apps to flutter. At Market Simplified, we have embraced Flutter and have also released financial services applications on Flutter, all of them being very much appreciated by our clients and their customers.

About the Author: Gokoulane Ravi is a Developer turned Program Manager with 6+ years of experience in running Marketing, Digital Customer Acquisition, and Tech Partnerships Programs, and prior 4+ years in Mobile App Development. Passionate about FinTech and driving cross-functional teams in dynamic environments. When not working, he is a hardcore foodie who loves to travel, read, blog, run, cycle, and collect postcards too. 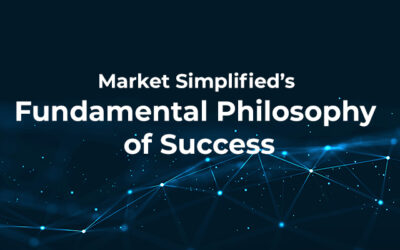 4 Reasons Why You Need to Decouple Your Frontend from Backend

×
Welcome! Let me know how I can help you!

Let's get in touch

Give us a call or drop by anytime, we endeavour to answer all enquiries within 24 hours on business days.

If you want to get a free consultation without any obligations, fill in the form below and we'll get in touch with you.